A documentary film by Abby Ginzberg and Ken Schneider

"And Then They Came for Us" 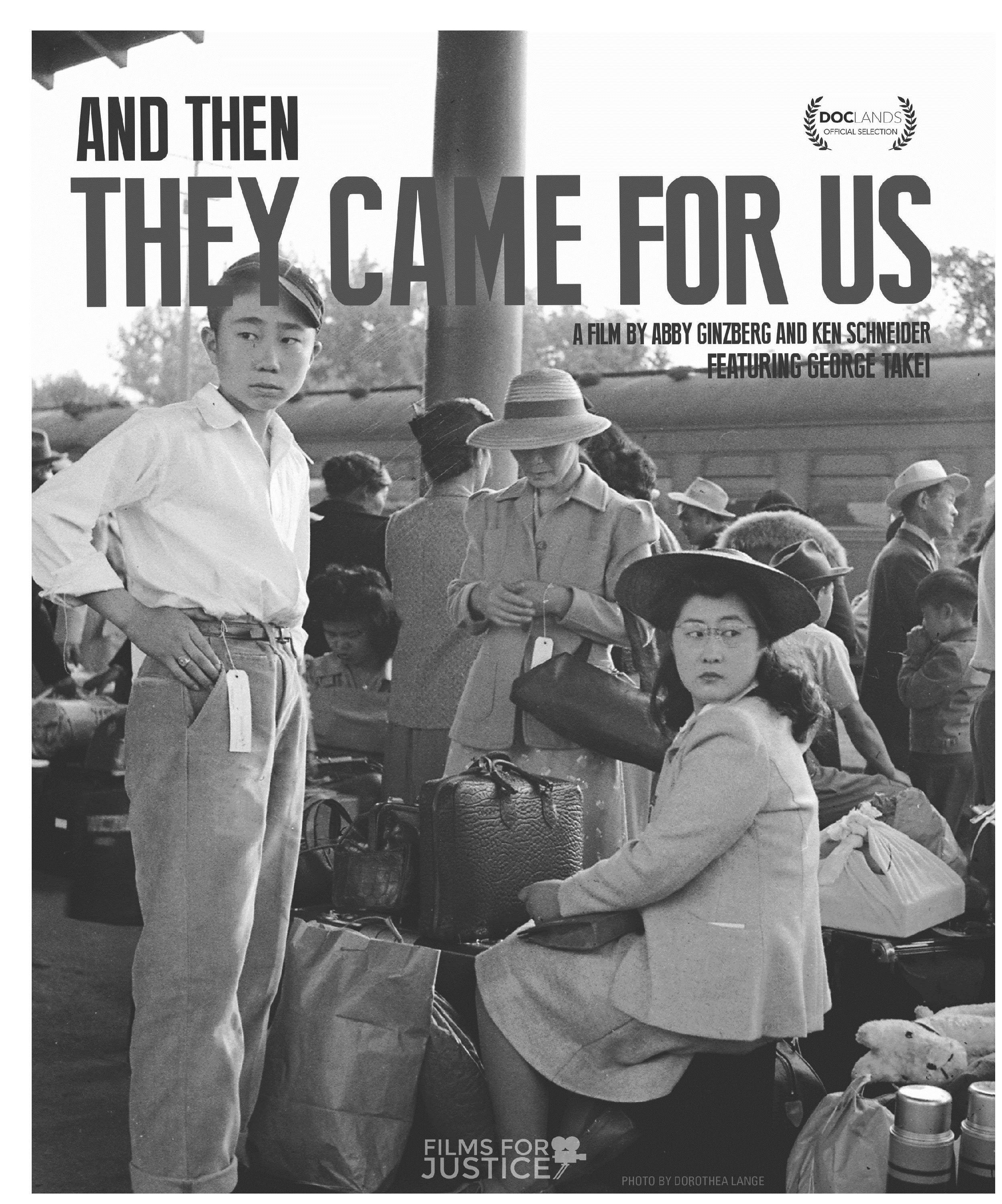 What's wrong with calling it "internment"?

As national leaders have advocated building walls against Mexican immigrants, raised the specter of a Muslim registry, and instituted an immigration ban against people from Muslim majority countries, they have cited the race-based mass incarceration of Japanese Americans during World War II as "precedent." Social justice filmmaker Abby Ginzberg’s And Then They Came for Us (trailer: thentheycamedoc.com/about) documents the forced removal and incarceration of Japanese Americans, one of the worst violations of civil liberties in American history.

In this 75th anniversary year of the 1942 Executive Orders signed by President Roosevelt, the film uses photos by Dorothea Lange and others to document the damage these orders did to 120,000 people, two-thirds of whom were American citizens. Featuring George Takei, who was incarcerated, and others who protested the incarceration, And Then They Came for Us demonstrates the importance of speaking out against today's efforts to exile DACA children, to build walls, to exclude and register Muslim Americans, to demonize Mexicans, Jews, journalists, climate scientists, and transgender service members, and to elevate violent Klansmen, avowed Nazis, and racial terrorists onto the same moral plane as protesters of good conscience.

Knowing our history is the first step toward "Never Again." In these dark times, And Then They Came for Us is a call to remembrance and positive action.

The ABAS Law Foundation is celebrating 20 years of law-related educational and charitable works in greater Sacramento's Asian/Pacific community. In 2017 we are producing a series of events to provoke discussion and inform the public on often-overlooked subjects, including civic responsibility, our unjust bail system, human trafficking, our nation's discriminatory and unconstitutional wartime actions, dissent at the notorious Tule Lake concentration camp, and how disastrous governmental actions can happen again if people of good conscience fail to make their voices heard.