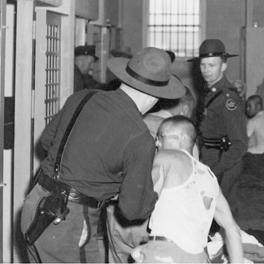 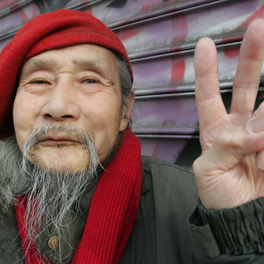 On Saturday May 26, in partnership with the Sacramento Asian Pacific Film Festival, ABAS Law Foundation Presents will be screening “Resistance at Tule Lake,” a documentary that tells the long-suppressed story of 12,000 Japanese Americans who dared to dissent from the U.S. government’s program of mass incarceration during World War II. Branded as “disloyals” and re-imprisoned at Tule Lake Segregation Center, they continued to protest in the face of militarized violence, and thousands renounced their U.S. citizenship. Giving voice to experiences that have been marginalized for over 70 years, this documentary refutes the myth of the quiet, obedient “model minority” and the narrow notion of “loyalty” in the face of wartime repression. A panel discussion, including insights from director Konrad Aderer, will accompany the screening. Activist organizations will be tabling to let attendees know how they can make a difference.

Another Tule Lake-related documentary, “The Cats of Mirikitani,” will close the evening on a high note.  Featuring Sacramento-born Jimmy Mirikitani, “The “Cats of Mirkitani” is a heart-warming documentary that chronicles a filmmaker’s chance friendship with an elderly Japanese American homeless NYC street artist who has stories to tell of the Tule Lake concentration camp, lost American citizenship, 9/11, Jackson Pollock, and more. Director Linda Hattendorf will provide an introduction to the film.  Watch Trailer.

A short documentary about a multicultural pilgrimage to Manzanar, filmed and produced by Sacramento's Brandon Miyasaki, will also be shown.

The ABAS Law Foundation is celebrating over 20 years of law-related educational and charitable works in greater Sacramento's Asian/Pacific community. In 2017 we produced a series of events to provoke discussion and inform the public on often-overlooked subjects, including civic responsibility, our unjust bail system, our nation's discriminatory and unconstitutional wartime actions, and dissent at the notorious Tule Lake concentration camp.

We start the 2018 Series by joining forces with the Sacramento Asian Pacific Film Festival in screening two important documentaries and a locally produced short film. After the May film screenings, the Series will continue with a showing of the film “Sold,” a true story of a young Nepalese girl who was subjected to international sex trafficking.  Later in the year, the Foundation plans to produce an educational program on the 2020 Census, highlighting concerns over the undercounting of ethnic and racial minorities. To conclude the 2018 Series, the Foundation plans to sponsor a training session where attendees will learn to spot and disrupt bullying—bystanders can become upstanders.

Sponsorship opportunities are available for both the Series and Event

Please use this Sponsor Form to pay by check or when the desired sponsorship level is not available for payment online.